Have you ever felt like you needed to do something more in life?

Craig Dodson, a semi-professional cyclist decided that biking for himself just wasn’t cutting it. In 2005 Dodson was asked to give a speech to a group of teenagers in Richmond, Virginia. He realized that his motivational words about trying your best and staying away from drugs were completely useless to the kids in this neighborhood. He realized that if his speech affected these students at all, it was probably not in a positive way. In comparison, he was a privileged white man, and these children were trapped in Richmond public housing, known to be one of the most challenged and limiting community projects in Virginia. It was from that moment that an epiphany was sparked. He knew he needed to do something to help these kids succeed, something beyond talking about it.

Dodson told me that biking has always been what grounded him.

He had always been a natural at cycling, and it allowed him to develop a sense of identity. Isn’t who we are something we all tend to contemplate at some point in our lives? He was confident that he could provide these teenagers in public housing the same opportunity. By introducing them to cycling, he hoped it would give them meaning, and perhaps a chance, to find themselves.

In 2010, Dodson proudly founded Richmond Cycling Corps, a non-profit organization that, in his words, uses “cycling as a platform for change.” Dodson’s dream is to eventually free these kids from the institutionalized suppression in public housing and to teach them to be passionate, successful and independent people. Since Dodson has a master’s degree in movement science, he is capable of crafting workouts based on his student’s mood swings.

Movement and sports sciences is based on the idea of studying human movement and sport from the point of view of the subdisciplines in kinesiology. The curriculum includes courses in exercise physiology, biomechanics, motor control, motor development, sport and exercise psychology, sport history, and sport sociology. Expertise in this field allows opportunity for careers in different health-related disciplines, such as medicine, physical therapy, occupational therapy, physical rehabilitation, and biomedical research

It is important to use “trickery around training,” he explains. Since the kids are under an incredible amount of stress due to their chaotic lives, it is important for Dodson to analyze their moods, so he can trigger certain responses from their bodies. This technique seems to act as a form of therapy through movement. He uses the sport to teach discipline and he has ultimately changed the lives of his students for the better, allowing them to have hopes and dreams for their future.

When I heard this story I immediately wondered what experiences and choices made Dodson the person he is today. There are many good, kind and genuine people in the world, but very few of them are willing to dedicate so much of their life to other people.

Dodson is more than just a coach; he is a father figure to so many kids in Richmond public housing. I wondered how he had become such a selfless person. In my interview with Dodson I asked about his upbringing and what encouraged him to be so charitable with his time. Dodson explained that his father, a city bus driver, was constantly helping the neighbors fix their houses and cars. Dodson’s father made it a priority to help others, and his good deeds were not for an organization of any kind, instead they were for himself and those who needed help within the community. Throughout Dodson’s childhood, his father saved three people’s lives. Since his father was a bus driver and didn’t make much money, Dodson has been working since he was twelve years old. He has had to work for everything he has ever had and achieved.

Now Dodson goes above and beyond in order to help others, just as his father did.

He proudly states that he is starting to see results from his hard work and that his dreams really are beginning to come true. Some of the students he has been training and working with are making their way out of public housing. In fact, he exclaimed that one girl just graduated high school! Dodson and his team have been spending over 30 hours a week, for approximately three months, in order to assure that she would graduate, and they are now working on helping her find work.

Dodson’s dream is that one-day he will run out of business.

He wishes that there was no need for him to exist as a non-profit organization. Understanding that less is more is something he constantly stresses. He wants other non-profits to realize that it is more significant to truly help a small group of people rather than mildly help thousands of people. He feels that many non-profits falsely advertise the sort of work they do. From his perspective, organizations like this help many people, however with minimal quality. Dodson truly believes in these kids and promises to fight for them, until there is nothing left to fight for. That is the mindset of a genuine hero. 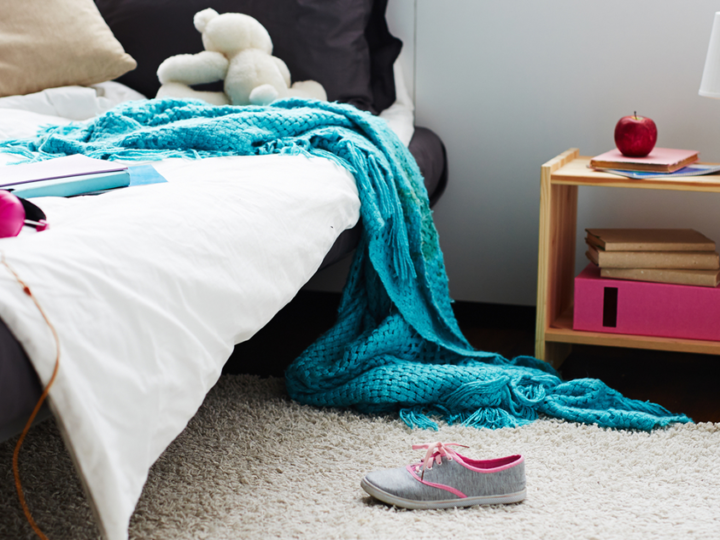 Why your messy room could be a good thing