But could it be?

Dr. Jeffrey Larson and other professors at the University of Minnesota Carlson School of Management investigated this phenomenon by having half of their subjects look at pictures of salty snacks and the other half look at desserts, and then gave both groups peanuts to eat (full study here). Those who looked at pictures of salty snacks enjoyed the peanuts less than those who saw desserts, and subjects who were shown 60 salty snack images also enjoyed the peanuts less than those who saw only 20 pictures. Looking at food porn seems to induce sensory boredom so when eating a similar food after, you enjoy it less.

Food porn affects all of us physiologically, and tech companies and social media platforms have taken advantage of the fact that imagining eating food can create similar bodily responses to actual consumption. Researchers at the University of Tokyo developed the technology MetaCookie+, a piece of not exactly subtle headgear (see this video) that uses virtual reality to allow users to taste the same food differently without changing the food itself. The MetaCookie+ cookies are recognized by the headset, which shows a visual of a certain flavor of cookie onto the tangible cookie itself, accompanied by the smell associated with that flavor, creating taste perception. A sugar cookie to someone wearing the headset could look, smell, and taste like a chocolate-coated cookie. The same cookie can take on an array of flavors. Knowing that, imagine the future implications for any kid (or adult) who refuses to eat vegetables. For me, anything green used to instantly be deemed inedible.

Metacookie+ isn’t the only company that has delved into the fact that society’s interest in food isn’t limited to the tangible and even the visual. The Japanese company Scentee has turned multisensory food experience into a small plug-in accessory for your smartphone that sprays a fragrance of your choice every time you receive a notification, with possibilities including fried corn soup fritters from KFC Japan and a Korean BBQ collection. This technology is available for gamers to link certain actions during gameplay, so it seems like Scentee could merge images of food on social media with their fragrances in the future.

While most foodies are probably well-intentioned, whether indulgent or otherwise, there are so many problems with how food is portrayed on social media. A systematic review of studies concerning social media concluded that social media engagement of healthy young adults is correlated with higher body dissatisfaction, dieting/restricting food, and overeating (full article here). The influencers who showcase an array of decadent, high calorie foods could be contributing to overeating in social media users. These unhealthy foodies, who look reasonably fit and healthy, are most likely keeping up with an intense exercise regime and/or are simply not eating all of the food they photograph. But when all the follower sees is the influencer posting about unhealthy foods daily, they’re led to a flawed perception of the amount of indulgence that’s healthy. Taking that into consideration, it’s understandable how this propaganda can lead to overeating and body dissatisfaction.

Even the influencers who are promoting healthy eating habits and intuitive eating can have negative effects on the health and wellness of their viewers by promoting obsession with clean eating and food in general. Unhealthy fad diets were more popular in the early 2000s than they are now, and even though modern food influencers might be focusing on healthier eating practices such as intuitive eating (which we’ll come back to later), they’re still providing fuel for the mental turmoil of a preoccupation with clean eating simply by posting pictures of healthy foods. As Professor Tisha Dejmanee argues,”the rhetoric around eating and body image has shifted from dieting to health and from slenderness to fitness, so have the prevalent pathologies of eating transformed from restriction-centered anorexia and bulimia to consumption-centered binge-eating disorder and orthorexia.”

The collective perspective has been changing from feeling the need to eat significantly less and lose weight, to feeling pressure to eat and think about food more. Orthorexia is classified as an unhealthy obsession with healthy eating, and has been noted by nutritionists as a recent increasing trend, although it’s still absent from the DSM. This eating disorder isn’t just having the desire to eat healthy but is characterized by that desire pervading and interfering with everyday life. It’s when patients will avoid situations where they can’t control what they’re eating, limit eating in front of other people, and have anxiety about foods they perceive as “bad” (e.g. sugar and carbohydrates). They tend to think about these indulgences as foods to totally “cut out” of their diet, rather than ones to limit. Such black and white thinking can ultimately lead to binge eating when these individuals give in to their cravings.

Registered dietitian Renee McGregor says that social media can contribute to orthorexia-related thinking by promoting misinformation and marking people’s eating and wellness practices as their identity. Many food influencers are self made, with no background in nutritional science, and some of them haven’t graduated from high school or college. The health tips and tricks these influencers are giving could be spreading false information to followers, even if it’s unintentional. A recent study looked at 10 of the UK’s biggest health social media influencers, each with at least 80k followers, and found that 9 out of 10 of them gave inaccurate health information. It’s worth noting that influencers who are that famous on social media are able to make money by posting sponsored content and promoting certain products, which could be skewing the health information they’re putting out.

Even after learning all of this information about food porn, I’m still working on fixing my own relationship with food and limiting my virtual intake on social media. After my school sent us home because of COVID-19, I started thinking way too much about food. This was definitely precipitated by no access to my usual gym and the pressure I put on myself to maintain my grades. Eating was one of the only things I felt I had control over, so I controlled it to the maximum extent that I could. I would constantly plan when and what I was going to eat that day, and I would hate being in situations where I couldn’t choose what I ate. It got to the point where I broke down crying when I found out my sisters were making homemade pasta for dinner, because I hated the idea of simple carbs sitting in my stomach.

I knew subconsciously that eating pasta one night wouldn’t do anything to my body, but the added stressors I was experiencing made my emotions supersede my judgment.

From this research, I’ve realized that my perception of what’s healthy has been strongly influenced by the food accounts I follow. A lot of the health-focused accounts I’ve looked at tend to post foods with gluten-free alternatives, which gave me the perception that gluten and bread products are unhealthy, would make me gain weight, and that I shouldn’t eat them at all. Once I actually researched, I found that gluten isn’t bad for you. It’s not really adding anything to your diet – gluten is a protein that’s present in such small quantities in food that it doesn’t have much of a nutritional effect on your diet at all. The explosion of the gluten-free trend has been fueled by social media with little scientific evidence, and the reason gluten-free diets have made some people lose weight is probably because it involves cutting out many processed and unhealthy foods. According to Dr. Robert Shmerling at Harvard University, gluten-free substitutes have less nutrients like folic acid, vitamin B, and fiber than the equivalents with gluten, and they’re higher in sugar and fats. Like with the gluten-free trend, social media can promote unsubstantiated beliefs and anecdotes about food as facts, and makes it easy to get sucked into false information.

The idea of social media posts encompassing one’s identity, as McGregor introduced, seems pretty straight-forward – we have the collective understanding that everyone who runs their own account is in charge of posting their own content, and is therefore associated with that material. Even so, social media as a concept is a vehicle for marketing: marketing what you look like, your ideals, and sometimes, what you eat. Our social media presence has become so intertwined with who we are as people that it’s difficult to separate ourselves from it. It’s no wonder then that we fail to distinguish someone’s food post from their actual persona, leading us to subconsciously obsess over food, similar to how social media stimulates obsession with physical appearance.

Since I’ve started writing this article, I’ve unfollowed all food accounts on my feed and started working on eating intuitively, which means listening to what food my body wants to eat, only eating when I’m actually hungry, and stopping when I’m full. Intuitive eating is a practice that dieticians teach to orthorexia patients to promote a healthier body image and change their outlook on food. Even for the general population it can lower BMI, improve self esteem, lower the risk of developing an eating disorder, and intuitive eating programs have high retention rates, meaning that people are likely to stick with them.

There’s a lot of things I still have to work on with intuitive eating. But for the record, since I’ve started writing this article, I gradually re-introduced pasta into my diet. Now I eat it about once a week and enjoy every second of it.

While it’s easy to mindlessly scroll through social media, it’s definitely worth considering what your eyes have to feast on. Our brains are constantly saving and processing information, and the things we see or read make lasting impressions on us whether we know it in the moment or not, especially when it’s related to something as essential and celebrated as food. Although food porn can be satisfying in the moment, the image lasts longer due to the imprint it leaves behind. My advice is to be a little bit more intentional, and take an extra second to think about the accounts you’re following and if they’re enhancing or inhibiting your mental health, especially right now when our physical interaction is at a low and social media use at a high. 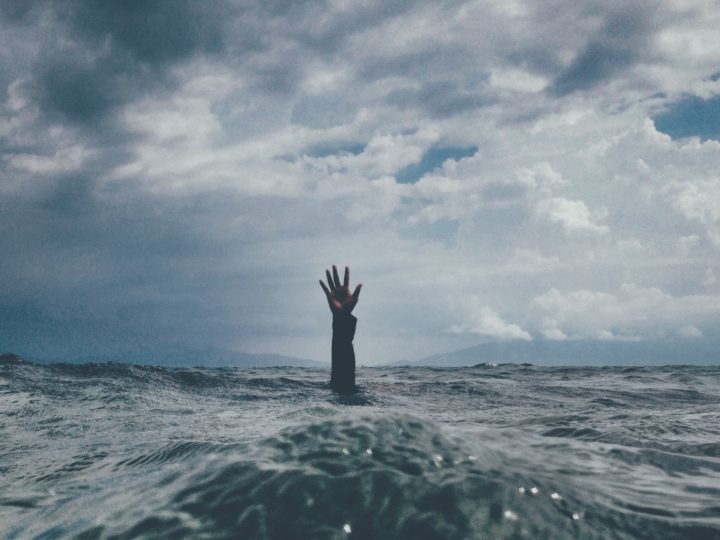 A Deeper Look Into Intravenous Ketamine Infusions For Treating Depression